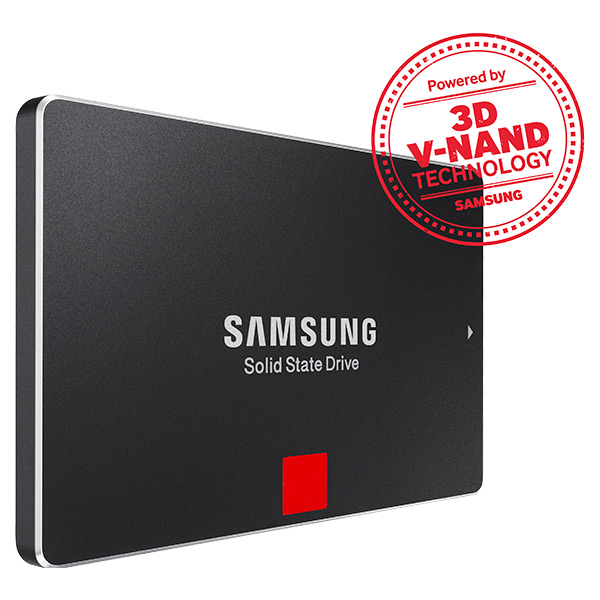 The Samsung 850 Pro 2TB SSD is a world first consumer grade solid-state drive. The 850 Pro is powered by Samsung’ industry leading V-NAND technology offering incredible storage capacity that hasn’t been available to consumers of SSDs ever before.

Samsung have been able to take the next step in improving and enhancing consumer grade SSDs thanks to their 3D V-NAND memory technology. 3D V-NAND stacks 32 cell layers vertically instead of being stacked in flat arrays, resulting in higher density and better performance.

Thanks to Samsung’s TurboWrite technology, the 850 Pro offers incredible read/write speeds of up to 550MB/s sequential read speeds, and up to 520MB/s sequential write speeds. The 850 Pro series has been designed like no other SSD. Designed with constant use and endurance in mind. The V-NAND technology which can easily deal with up to 40GB of daily read/write workload over 10 years. Making the 850 Pro that much more enticing, Samsung offers a 10-year limited warranty.

The Samsung 850 Pro 2TB SSD puts an end to high speed, low storage capacity solid-state drives, but like other new and innovative technologies, the 2TB 850 Pro will set back consumers AUD$1,554.